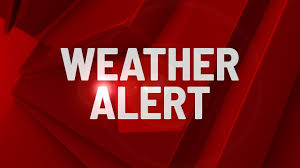 A cold front will stall out over the Mid-South today and retreat back north as a warm front late tonight providing a focus for strong to severe thunderstorms mainly tonight across much of the Mid-South. (especially along and north of I-40) Large hail and damaging winds are the primary threats. Secondary threat of a tornado or two, and heavy rainfall.

An upper level disturbance will bring additional chances for strong to severe thunderstorms late Tuesday night. (especially along and west of the Mississippi River) Large hail, damaging, winds, a few tornadoes, and heavy rainfall are possible.

The highest potential for widespread severe thunderstorms will exist across the entire Mid-South on Wednesday with large hail, damaging winds, tornadoes, and flooding from heavy rainfall are possible. The flood potential may become enhanced Wednesday from the two rounds of convection on Monday and Tuesday.